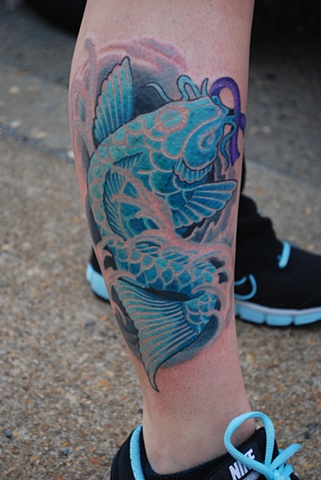 I had just finished High school in 2002, trying to make it on my own. In the fall of 2002 I became really sick. Went through several exams, tests and screenings. The tests results came back and I found out I had Stage 3 cervical Cancer! I was in shock, how could this be happening to me? Listening to my doctor tell me everything I would have to go through and I would be lucky to live 3 more years was devastating! My life was flipped upside down.. By the time 2004 came around I had gone through four surgeries, too many biopsies to count, numerous and numerous amounts of radiation and chemotherapy. On August 16th 2004 I was told the best news of my life the Cancer was gone!! I now began the rumination stage. In April 2005 I found out I was pregnant and in January 2006 I was blessed with a healthy beautiful daughter, she truly was a miracle (doctors told I would never have kids)!!

Shortly after I got married and had my 5 year Cancer Free Party. Life couldn’t get any better but indeed it did in March of 2010 I was blessed with my second child a healthy handsome son. I took a few months off of work to be home with my little ones. In July I began to feel sick…losing weight, fatigue, nausea. Honestly I just thought stress; my husband had just left and I was now raising two kids alone! It wasn’t until my regular pap smears and screening came back abnormal, I started to worry. My worst nightmare had come true, my Cancer was back! I began chemotherapy right away and in October 2010 found out that the cancer had spread to my ovaries. Now the radiation starts the next four months were Hell but I continue to work my fulltime job at Whole Foods Market to support my kids and I! Often I felt like I couldn’t do it, am I going to be able to see my kids grow up? Why me? But one look at my beautiful kids and the wonderful support of a few friends and family gave me something to live for!

This past February I decided I wanted to get a tattoo, not just any tattoo, a cancer survivor tattoo. I stumbled across Koi fish picture, and immediately knew that what I wanted not just because they are beautiful fish but because they are known as fighters. I decided to get a teal and white Koi Fish (the colors for cervical/ovarian cancer). It was important to me that the Koi was reaching or swimming towards a purple ribbon(Cancer Survivor) Koi fish aren’t just known as fighters; but also for their strength and determination to overcome obstacles. Their persistence and willingness to go on even though they are being swept away. Today I look at this tattoo to remind myself I am a fighter and will continue to fight. No matter what life puts in front of me I will fight and get through it!! April Gibson, 27yrs